I, like many people, thought that lower ISO means less noise. However this isn't true, at least not for modern camera. As a first order approximation, my understanding is that the signal path looks something like this:

Generally speaking there are two major source of noise:

We can express the signal-to-noise ration (SNR) of the RAW image as follows:

Where S and N is the light signal and noise, and N_readout is the readout-noise. ISO_gain is the gain  corresponding to the ISO value, but not the ISO value itself. e.g. ISO 100 doesn't not mean gain of 100.

Generally speaking S >> N, that is the light signal itself has good SNR.

In low light situations where S of a similar magnitude to N_readout, if we use a low ISO such that ISO_gain is 1, then

That is, we approximately recover the original SNR of the signal which is the best that can be asked for without additional processing.

This bears out in practice. I took a series of images in low light with the same aperture and shutter speed, changing only the ISO. Each image was then digitally processed in darktable with exposure compensation so images are of the same brightness (i.e. 1 extra step of exposure for each reduction in ISO): 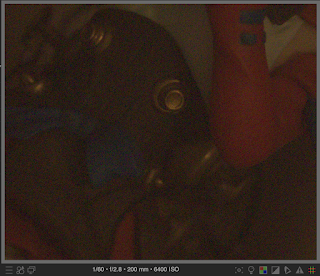 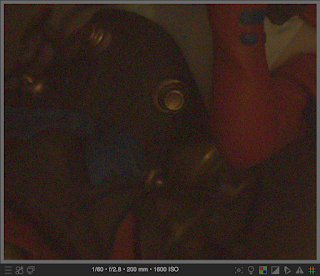 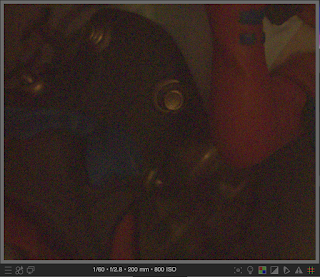 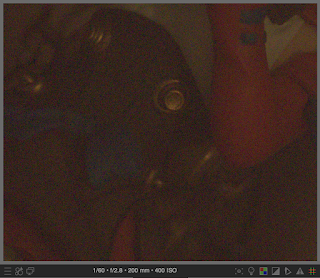 The improvement in image quality at ISO 6400 compared to ISO 400 is significant.

With such high ISO, when I take pictures in my backyard in Bortle 7 skies, I get images that appear overexposed due to the high background brightness:

Previously I have viewed such images as "unusable". However upon looking at the histogram, it is clear that despite the background brightness, the majority of the signal is properly captured without clipping. Indeed, when post-processed in sirl, the final image does not suffer from the background glow: 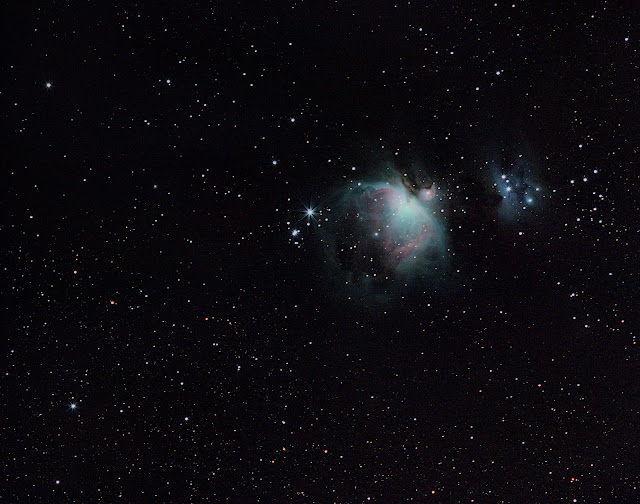 So be not afraid of using high ISO in light polluted skies - as long as the histogram is not clipping the signal is there and can be recovered.